The sexiest jerk off instructions and dominant girls!

Goddess Kiffa and this guy had hit it off from the club and he knew that he was getting laid that day but goddess Kiffa had no such plans. So when they got to her house, she could tell he expected more than she was willing to give him. So she made him a deal since she liked him. She teased him and she had him jerk off to her instructions. 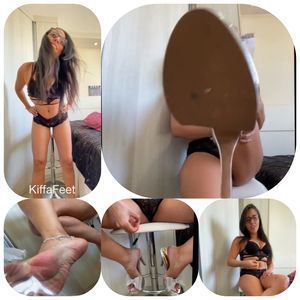